Join us for a Special Discussion with Mark C. Storella '81, MLD Fletcher '83 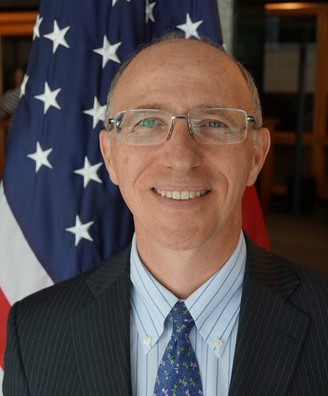 Register for a complimentary lecture with Mark C. Storella

After Afghanistan: What is America's Place in the World Now?

JWe live in an era of unprecedented global disruption, from climate change to pandemics, from terror to cybercrime to the rise of China.  Against this dramatic background, tragic images of America’s hasty evacuation from the Kabul airport have heightened discussion over America’s place in the world.  Does the withdrawal mark the end of the so-called “American Century” and American global leadership?  Or is this withdrawal – like America’s departure from Saigon 46 years ago – a setback the United States will eventually overcome?  Drawing on three decades of diplomatic experience on four continents, Ambassador Storella will assess the multiple factors shaping America’s place in the world and open a discussion of how that role might evolve and adapt to 21st century realities.

Ambassador Mark C. Storella (ret.) is Professor of the Practice of Diplomacy at the Frederick S. Pardee School of Global Studies at Boston University where he teaches on U.S. foreign policy, international negotiation, humanitarian affairs and health diplomacy.  Storella was a United States Foreign Service Officer for over three decades serving as Ambassador to Zambia, Deputy Assistant Secretary of State for Population, Refugees, and Migration, and Dean of the Leadership and Management School of the Foreign Service Institute.  Other postings include Deputy Permanent Representative to the UN in Geneva and Deputy Chief of Mission in Brussels and in Phnom Penh.

Registration is required for this complimentary event to ensure that you are provided with the log-in credentials for our Zoom Meeting.  You will receive the login credentials approximately 3 hours prior to your event, they will not be included in the automatic confirmation email you receive upon registration.

One complimentary pass per person. Valid on October 5, 2021 only.  Registration will close approximately 3 hours prior to the event to allow for the login credentials to be shared.  This invitation is non-transferable.